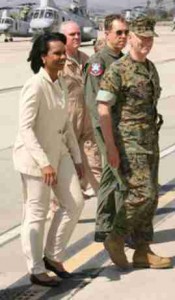 The US tries to create the impression, that Russia is bullying european states with its oil and natural gas supplies. But if you take a sober look at the facts the question arises, who the bully really is. Or rather: the hidden persuader, trying to lure Europe (further) into an energy trap of her own making.

This is an open letter to Forbes commentator Amity Shlaes, who reflects widely held beliefs on the Ukrainian conflict in her latest opinion piece in Forbes.

This view is the basis for the US demanding from europeans to “stop Putin now before it’s too late”. And to sever their energy and commercial links, that have outlasted the last cold war.

you compare Vladimir Putin to Stalin and other ill-fated characters throughout russian history. It is enticing to answer your criticism, that Russia has breached the territorial integrity of another sovereign nation by a statement like this: “Since 1945, the US has tried to overthrow more than 50 governments, many of them democratically elected; grossly interfered in elections in 30 countries; bombed the civilian populations of 30 countries”.

But  that would be beside the point. As you are well aware, there is no empire without a bunch of skeletons in the cupboard.

For you and many of your countrymen the russian president is a thug and I am able to relate to this view. He may be a sort of  gangster like many other world leaders, including well known US politicians. And yes, Russia has violated the souvereignty of a neighbouring country by annexing Crimea and in a sense this was similar to what Hitler did to Czechoslovakia in 1938.

His takeover of Sudetenland was a violation of Czechoslovakias sovereignty, which at the time was approved of by european powers in Munich (I don’t need to explain this to the author of “Forgotten Man”).

This was the case, because Hitler had had some good “points” that were justifying his demands. The right of national self determination had been the central principle of the postwar period after 1918, but it had been denied to Germany and other countries on the losing side. Sudetenland was dominated by ethnic germans and Chamberlain and others hoped to “appease” Berlin by giving Germans the same rights, Poles and Czechs had been granted in Versailles (with a delay of 20 years).

Chamberlains rationale did not work – as Hitler blatantly showed half a year later.

Like Hitler in Austria and Sudetenland Putin made his move with widespread popular consent in the annexed area. Even if you allow for the doubt, whether the secession of Crimea really was supported by 80 per cent, a substantial majority of the local population was behind the Russians.

But this is where this historical analogy ends. Putin “would be Hitler” if he invaded the Ukraine or if he would engage actively in splitting it up (as Hitler did with rump Czechoslovakia, with the help of Poland amongst others).

But as far as I can see I cannot spot (additional) Hitleresque behaviour from the part of Russia. Maybe not yet.

But actually I want to get at something else.

You call Putin an “oil thug” and warn, that “thugs do often prevail”. To make your case you mention Mikhail Khodorkovsky, who was convicted on “trumped up charges” as you put it.

I am not so sure about this. It could very well have been selective prosecution, targeting one oligarch (while the rest of them tax-evaders was getting away without being harassed). Probably not very constitutional. But this is what states do, even in the USA, even in the EU. So – is this what you call thuggery ?

What else do you have in mind ? And what do you think about ownership rights on non renewable natural ressources? Who owns them? The nation, society, you’d probably say, but not the government.

I would be with you on that. But the russian society has no better way to express its will than to elect a government. So it all depends on how one views the legtimacy of Russia’s presidential elections in 2012.

These might not have been especially fair during the campaign, but Putin won by a considerable winning margin over the second best competitor. I did not hear anybody suggesting, that irregularities did substantially inflect the will of the russian people.

So for me Putin is a legitimate president, at least as legitimate as the governments of oil monarchies in the gulf region. This means, he may act on the “inalienable right of all States to freely dispose of their natural wealth and resources in accordance with their national interests”, as the UN says.

So what does Putin’s alleged thuggery really consist of ? Slashing preferential gas prices for Kiev after the ouster of Yanukovitch? Kicking out BP ? Or maybe trying to sell 68 bn cubic metres per annum to the chinese over the next thirty years ?

Did the gangster threaten Europeans into not supporting the new regime in Kiev, their own creation, by signalizing to cut gas deliveries in the short run?

This would have been thuggery although in a formal sense these hydrocarbons do not belong to europeans (nor the americans). They belong to the russian people.

But a sudden cutoff would be an act of war and practically speaking Russia could not afford to do that anyway. It needs the cash from its sales of oil, gas and minerals to Western Europe. Furthermore Russias export structure is heavily tilted towards western europe and it would be foolish to alienate a customer like this unnecessarily.

And this is what Washington’s Foreign policy establishment wants to peddle to the europeans: “I understand, that is uncomfortable to have an effect on business ties this way. But this is one of the few instruments we have  (…)” “Now we need to have tougher sanctions. And I am afraid that at some point it has to probably involve oil and gas.”

But fear not, Europe, Bush’s Warrior Princess has a plan for your energy needs: “Over the long run you certainly want to change the structure of energy dependence. You want to depend more on the american energy platform, the tremendous bounty of oil and gas that we are finding in North America.”

Rice is way too smart not to know about the precarious, illusive nature of the current US oil and gas boom. She knows very well,  that it is not merely a question of time to get american LNG and oil deliveries rolling. They just do not have the resources (and to the extent they have them, these are too difficult to extract.)

Rice knows that. She knows that the true big prize is Russia. To win this prize, americans need to “convince” the europeans.  They need the europeans for their plan to having a regime change in Russia. They seemingly want to dispose of russian resource nationalism.

And, frankly, there will be no need for an english speaking, western governor for the empire’s future province of Greater Russia.  All you need is a charismatic russian oligarch who plays ball. This would be the ultimate oil thievery.