“Expect everything that Main Street Media (!) publishes to be heavily ‘spun’. Even ‘science’ seems to emphasize the best possible outcomes. College textbooks will be written with emphasis on long term career paths. Blogosphere may provide more of the real story.” Gail Tverberg, Our fossil fuel energy predicament, including why the correct story is rarely told. In: Our Finite World, 10.11.2021

“Tyrannies invert the rule of law. They turn the law into an instrument of injustice. They cloak their crimes in a faux legality. They use the decorum of the courts and trials, to mask their criminality. Those, such as Assange, who expose that criminality to the public are dangerous, for without the pretext of legitimacy the tyranny loses credibility and has nothing left in its arsenal but fear, coercion and violence. The long campaign against Assange and WikiLeaks is a window into the collapse of the rule of law, the rise of what the political philosopher Sheldon Wolin calls our system of inverted totalitarianism, a form of totalitarianism that maintains the fictions of the old capitalist democracy, including its institutions, iconography, patriotic symbols and rhetoric, but internally has surrendered total control to the dictates of global corporations and the security and surveillance state.” Chris Hedges, The most important Battle for Press Freedom in Our Time

“If one were to go only on what one reads or sees in the media, one would think it’s the spring of 2020 all over again. The headlines are filled with stories of overcrowded hospitals, overwhelmed medical personnel, and predictions of people dying in parking lots waiting for medical care. The news articles generally quote a staffer of some kind at various hospitals and then leave it at that (…) So here we go again—the narrative doesn’t lend itself to easy explanations. States with long-lasting lockdowns, covid restrictions, and even mounting vaccine “incentives” have still been hit harder than more laissez-faire states in many cases, even after the virus has had eighteen months to spread well beyond the borders of the initial hot spots.” Ryan McMaken, mises.org, 12.8.21, Yet Again, the Media’s Covid Narrative Doesn’t Add Up 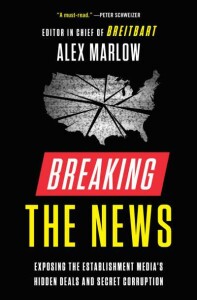 “In the first three weeks of 2021, the network (CNN) averaged 2.2 million viewers – only to plummet to just one million viewers – a decline of 54%. Among the key advertising demographic of adults age 25-54, ratings are down 60%. From December 28 through Inauguration day, viewership went from 617,000 viewers in that demographic to just 244,000 since Biden took office (…) CNN also fared worse than liberal competitor MSNBC, which lost ‘only’ 34% of its total-day viewers, and 30% of primetime viewers under Biden.” Zerohedge: CNN Can’t Stop Losing: Viewership Down By Half Since Biden Took Office, 60% In Key Demo 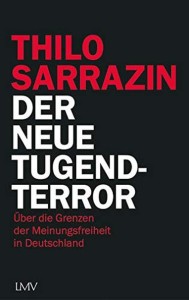